Ashmore Park Walk of Stars
There are currently 21 names of people who are our Ashmore Park Stars, but not in any particular order
• Professor David Rayson – Artist – London Royal College of Art. David was appointed Professor and Head of Painting at the Royal College of Art in 2006. He is a practising artist, tutor and curator and his work has been exhibited widely in the UK and internationally. His work is included in major collections held by the Tate, Whitechapel Art Gallery, the British Council, Deutsche Bank, Rubell Family Collection, The Open University and The Contemporary Art Society.

• Phil Palmer – Is a legend on the estate with his Musicland Shop. He has given countless children and their families an introduction into the world of music. Bringing pleasure to many and in some cases sparking music talent that is being displayed much wider than in just our locality. Phil has played for royalty and appeared at top notch venues around the UK and abroad displaying his own music talent. He may not live on Ashmore Park, but he is certainly PART of Ashmore Park. A former Military man, who went onto win a Guinness World Record for the longest note blown. Follow the link to see the BBC Midlands Today film taken at the time…

• Sean O’Driscoll- Footballer, and one of the best known Football Manager’s in the UK

• Karl Henry who played football for the Stoke, Wolves and QPR. He lived in Ashmore Park and went to St Alban’s School.

• Barrie Gower- Went to Coppice High School, Barrie has been involved with many productions for both TV and Film including the Harry Potter series and most recently HBO’s Game of Thrones. He also contributed to Academy award winning makeups for The Wolfman and The Iron Lady.

• Willard Wigan MBE a sculptor- Known for his miniature sculptures, fabulous eye! His work has been recognised by the Guinness Book of Records. His sculptors are typically placed in the eye of a needle! He was commissioned to create the Coronation Crown on the head of a pin! In celebration of the Diamond Jubilee of HRH Queen Elizabeth the Second.

• Adrian Anslow – fell during an attack on the Atlantic Conveyor in the Falklands War. Much admired and courageous military man. His family received an Elizabeth Cross medal in his honour. 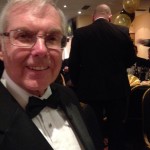 • Raj Kumar – Much loved shop keeper who served Ashmore Park for more than 32 years before passing away suddenly in the shop in 2017. More than 2,000 residents and customers turned out for an impromptu service on the shopping parade! All of which underlined the star quality this man had, through his help for others.–He was a stand-out trader here for 32 years, he was immensely popular, and I think he did more for relationships than perhaps anyone we know. So many Ashmore Parkers have asked for his inclusion to the Walk of Stars, I am happy to agree with their sentiment. Raj was a legend locally, on a Par with Ronnie Barkers own cult shop keeper Arkwright

• Al Barrow of Rock Band Magnum, He was Born Nov 1968 in Ashmore Park, Wednesfield to Margaret & David Barrow. He plays with Magnum a national and international iconic Rock Band.

• December 12th 2018 – Here is the latest member to be enrolled in the Ashmore Park Walk of Stars! Martin J Cooper England Rugby Union International, who gained 11 Caps for England.