The Big Debate in Parliament today and I would bet here in Wednesfield, has been all about Syria and Daesh, and whether we should join our Allies in their Airs Strikes against  Daesh, following the Paris attacks. It is a big issue and it has divided opinion. I have tried to ensure that readers and my constituents in Wednesfield North on  my Social Media sites, have had a chance to have their say. Which I am delighted to say that many of you have taken the opportunity and made your views known. 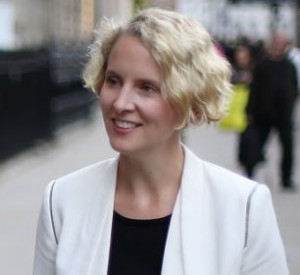 Emma Reynolds MP “I believe that failing to intervene would result in more innocent people dying at the hands of Daesh.”

I have reported that I had a conversation with Emma Reynolds MP for Wolverhampton North East yesterday.

We spoke about the debate today in Parliament which would legalise the Government, to launch Air Strikes in Syria. I informed her that 70% of my readers on Social Media had stated that Britain should NOT be involved in using air strikes.

That message was delivered by me to Emma, in plenty of time as she mulled over what to do.

The Labour Party are not ‘whipping’ their members giving MP’s the freedom to do as their conscience tells them to do. I must admit that the Prime Minister didn’t do anything to reduce tensions when he would not apologise  for his slur on Opposition MPs when he accused them of all being ” Terrorist sympathizers” – During the course of today I asked the question should he have apologised for his runaway mouth?

Now tonight as the debate winds towards an end I have received the following message from our MP. Here is what Emma says.”After careful reflection, I have decided to vote in favour of air strikes on Daesh in Syria and a broader political, diplomatic and humanitarian strategy. The first duty of any government and any MP is to protect the public. Our security services have made clear that the UK is already a target for terrorist attacks. Seven attacks have already been foiled in the past year. We have seen the atrocities that Daesh have committed in Paris, Beirut, Ankara and the beaches of Tunisia.

In Syria, they are killing innocent people, throwing innocent gay men off the roofs of buildings, enslaving women and beheading aid workers and journalists. I believe that failing to intervene would result in more innocent people dying at the hands of Daesh.”

So there you have it , If you would like to see Emma’s full statement follow the link to her web site.