I was delighted to read in the Express and Star that DB Cargo was investing more than #6m into its Lower Walsall street freight terminal. When I first joined the railway back in 1965 working at Herbert Street. We had a large Gantry and unloaded both steel and iron for local manufacturing.

Then in 1966 they built what was called Then Wolverhampton New Depot at the Lower Walsall street site.  The railways were very much at the centre of the manufacturing industry way back then.

Its interesting to note that this new investment, though isn’t coming from British Rail!

But an off shoot of German National Railways. I for one though welcome the investment and the investment decision. This is a good news story for Wolverhampton, and for the manufacturing industry that uses steel and steel products.”

This is what the Express and Star reports.

The UK arm of Europe’s biggest rail freight business, DB Cargo, brought in a special train from its headquarters in Doncaster packed with staff and customers to see chief executive Hans-Georg Werner break the ground at the Lower Walsall Street site.

The plan is build a vast new shed to site over a rail line that will bring in thousands of tons of steel every week.

From Wolverhampton the steel coils are picked up by lorries and delivered to manufacturing, engineering and steel processing companies across the Black Country and Birmingham. There it is turned into cars, white goods size as fridges and cookers and a range of engineering products.

DB Cargo’s head of logistics sales, Roger Neary, said growing demand from its customers had driven the company’s decision to double the size of its Wolverhampton terminal. 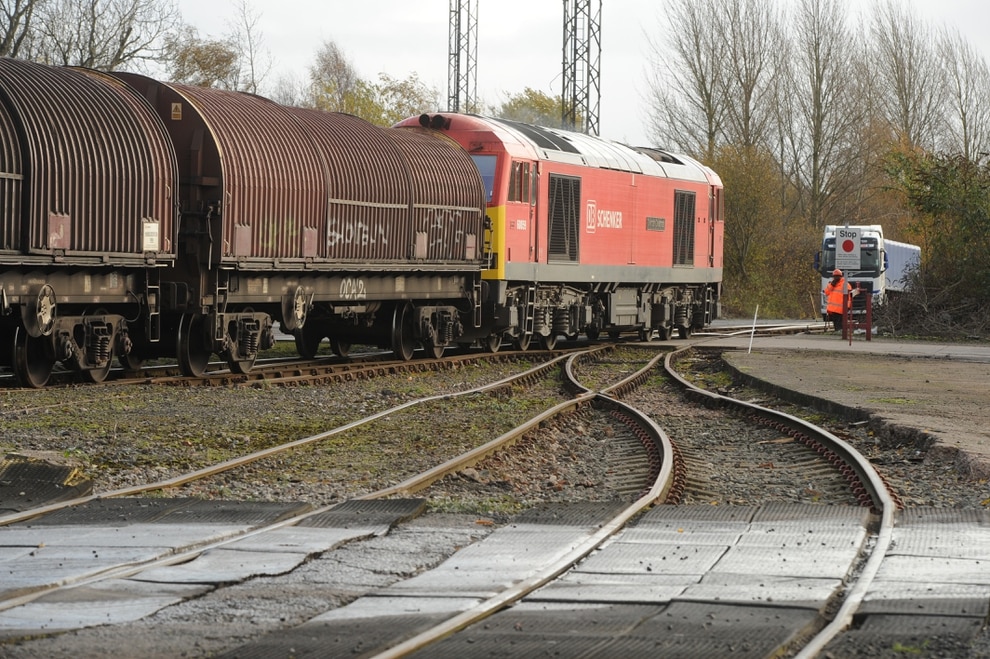 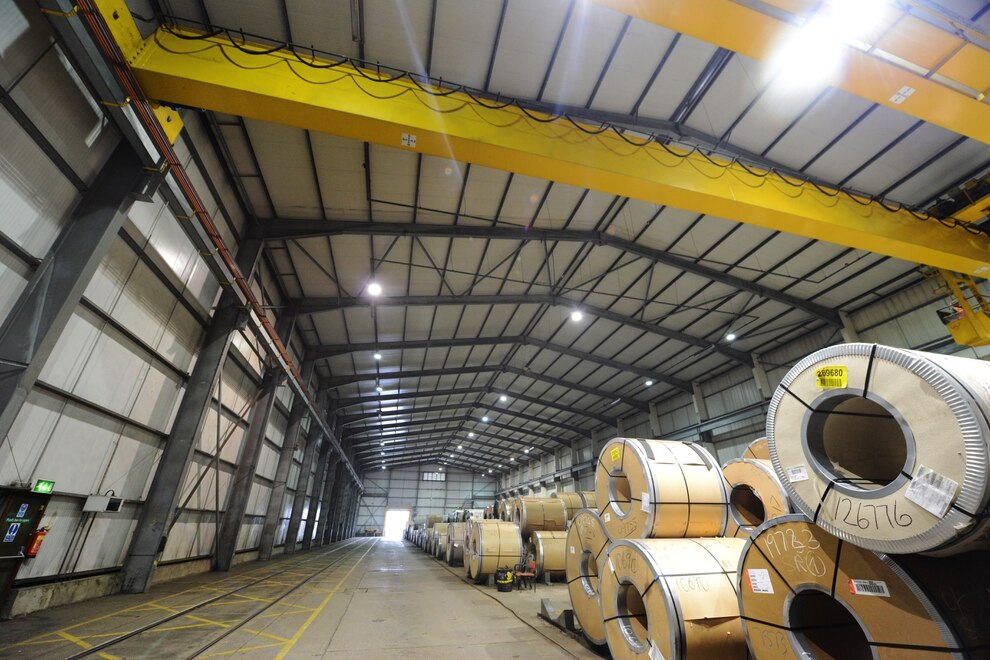 Steel to be transported, at DB Cargo UKd, Wolverhampton.. Steel to be transported, at DB Cargo UK, Wolverhampton.. 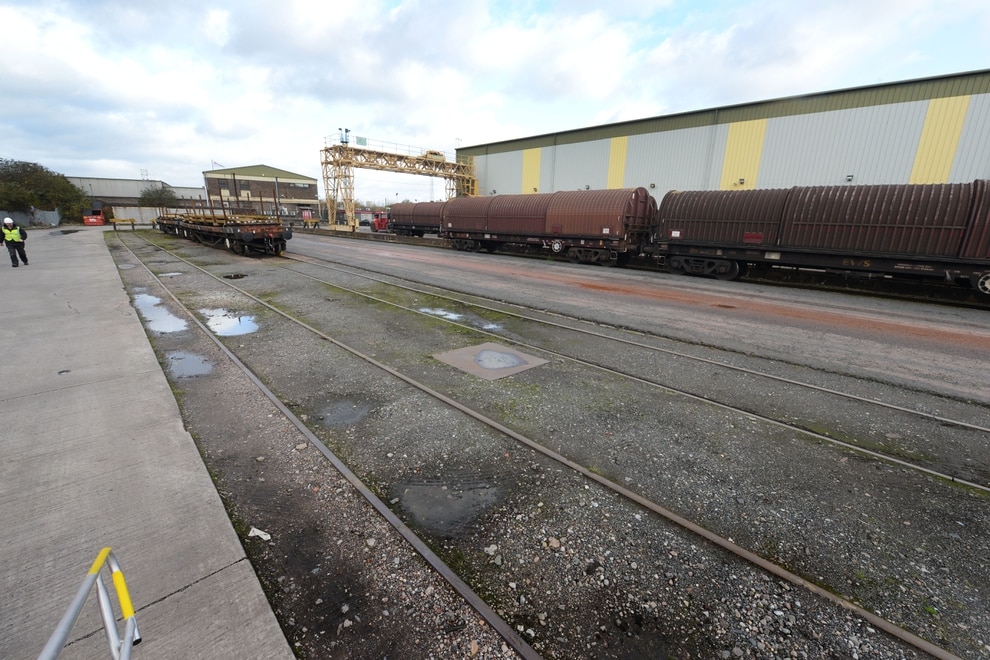 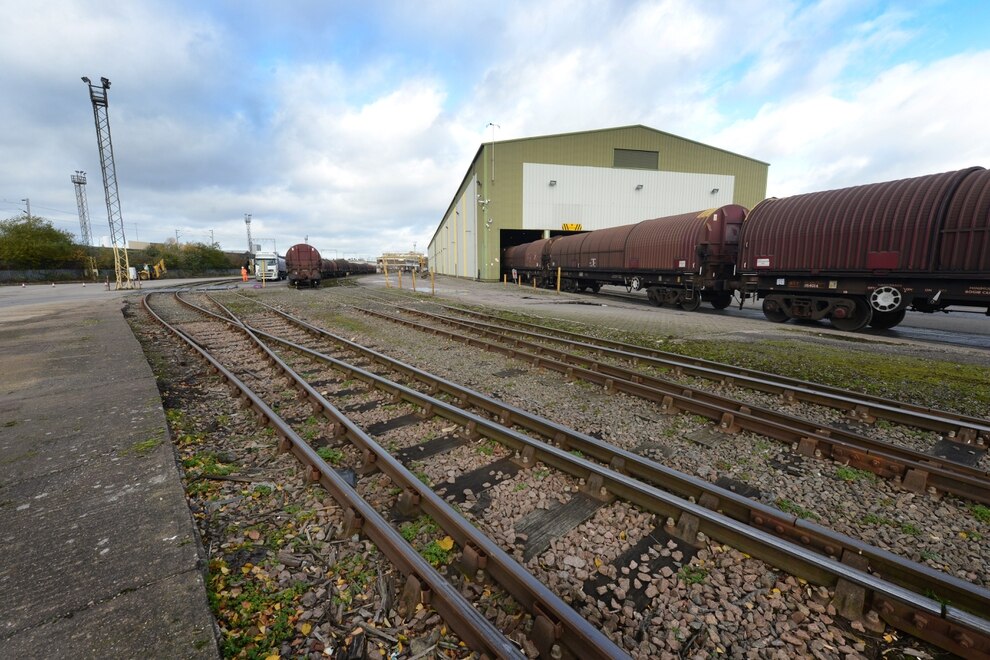 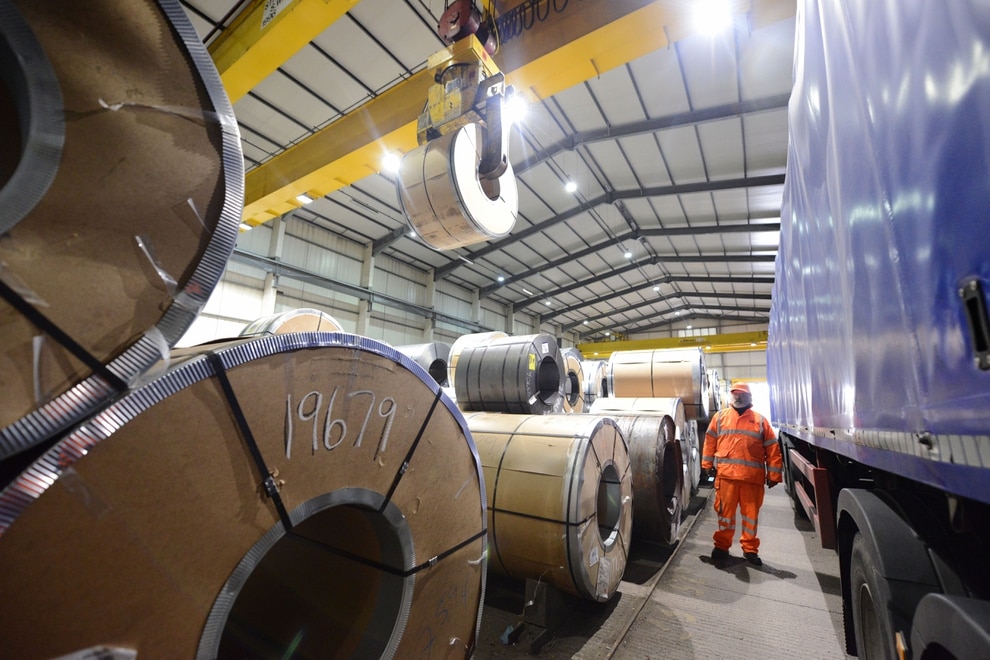 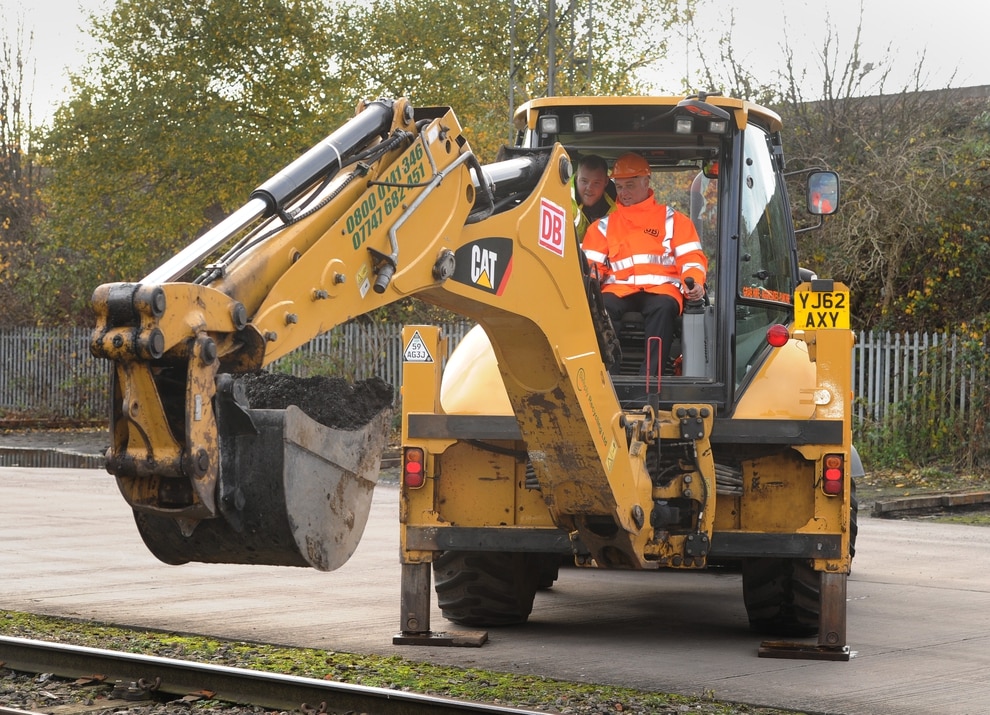 Steel to be transported, at DB Cargo UKd, Wolverhampton..

While national figures released during Tuesday’s Budget point to lower production and a slower UK economy, DB Cargo says it is seeing a dramatic increase in the need for steel from West Midlands companies.

The new centre will sit alongside the existing shed, which stores up to 1,380 coils of steel at a time. The new shed will be more than 25 per cent bigger and will enable the site to hold 3,325 steel coils at any one time – around 40,000 tons in total.

At present the terminal receives one or two trains a day, each pulling up to 30 wagons of steel. Once the new terminal building opens next summer it will be able to cope with three a day or more.

DB Cargo UK CEO Hans-Georg Werner took to the controls of a digger to remove the first pile of soil from the ground. He said: “The breaking of th ground is a major step forward in the development of the Wolverhampton Logistics Centre. We first opened our facilities in Wolverhampton in 1966, when the city was at the centre of steel and iron production.

“Now, over 50 years later, the industry has changed massively but the site is still of huge importance. Building the new centre will expand our capabilities and the number of rail services we can provide, offering our customers a fast, efficient, reliable and eco-friendly way to transport their steel.

“We are very pleased to support the British manufacturing industry and the city of Wolverhampton with the development. Over £6 million has been invested into the site and three new jobs will be created when the centre opens.”

Terminal supervisor Alan Handley, who has worked at the site for 17 years, said: “It’s very good news. It secures existing jobs and creates a few more, as well as investing in the future of the site.” He added that the transport of steel to Wolverhampton from North Sea ports meant 90 lorry loads a day where kept off the UK’s roads.

The current terminal building is equipped with two overhead 30-ton cranes and can unload a train full of steel in around two hours.

The new shed will help cope with additional demand from the site’s biggest customer, ArcellorMittal – the world’s largest steel company with sites across the region. Its coils of steel will take up 50-60 per cent of the space in the new warehouse.

Business Editor based at the Express & Star’s head office in Wolverhampton, looking for stories big & small.