I had a meeting yesterday with the Chief Executive of the Clinical Commissioning Group, Dr Helen Hibbs at their HQ at Wolverhampton Science Park. 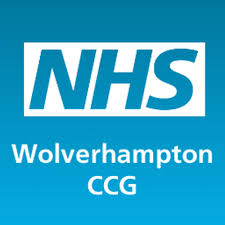 This meeting  followed the comments I made on this site concerning the report I made following my attendance at the RWT Board meeting on the 30th November. It was following that RWT Board Meeting that I had reported on comments made by the RWT  Chief Executive on a  “£10m surplus” that the CCG had.

In my original  article I had reported that there was a thought by the the CEO of the RWT that this money was being earmarked to help Staffordshire with their resources deficit, and whose financial position is much worse, than neighbouring areas.

Mr Loughton said that there was very real concern that money held by the CCG for services for Wolverhampton families and individuals here in the City, may be lost with the benefits that would have been brought to Wolverhampton families if the CCG had followed through with this policy decision. I stated then that I admitted to feeling very concerned about this information.

Dr Hibbs  the  Chief Executive of the Clinical Commissioning Group informed me yesterday that this information just wasn’t correct.

She said that the surplus  money they inherited when the CCG was formed was just short of the £10m I had written. Indeed  it was £9.2m.

This surplus was accrued by the former Primary Care Trust.

That the moneys were being held by the NHS, but that it was available for being drawn down for Wolverhampton Projects. Indeed the CCG had drawn down £3.3m for just such a project. In short the money was not being used in Staffordshire. She made it very clear to me that the CCG had reported this issue to the recent Health and Well Being Board, and the City Council Health Scrutiny Board.

I asked if David Loughton from the Royal Wolverhampton Hospital Trust Board had been at that meeting, and I asked had he commented on the information? Dr Hibbs….replied that he was at the meeting but had made no comment.

So folks I am happy to inform you that it appears that all the decision makers on Health are it seems happy with the way that the CCG is using their portion of Wolverhampton Health resources, for Wolverhampton people.

Certainly it seems that the Health and Well Being Board are ok with events, as it seems are Wolverhampton City Councils Health Scrutiny Committee. The fact that the RWT never commented on the £10m surplus figure at the Health & Well Being Board indicates that perhaps they too have also had second thoughts about the original view they had?

I am therefore hopefully putting the matter right with this article.

What I am pleased about is that the original comment I made and published here was seen by Health decision makers, the meeting I had with the CCG, came about because of the power of this site! You see Social Media is a very powerful tool. I will continue to report on these matters. If you still feel that this whole issue has not been fully examined or understood. Please contact me.

My email address is email@philbateman.com