It is being reported this morning in heavyweight Newspapers like the Guardian and the Independent that –   New Government reforms to child tax credit and universal credit that take effect from today could lead to 200,000 children falling below the poverty line, Child Poverty Action has warned.

The changes cap the eligibility of families up to a maximum of two children, a downward revision from an unlimited number of children, and will affect any children born from today.

Alison Garnham, chief executive of the Child Poverty Action Group, said the change is most likely to impact working families with three children, adding: “The reality is that parents could be forced to claim universal credit because ill-health, disability, reduced working hours or job loss can happen to anyone.” 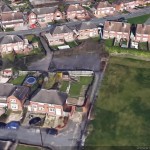 Writing in The Guardian, Frances Ryan cites a National Children’s Bureau inquiry which has found that local authorities are struggling to support the child social care system. While councils have seen 20% of cuts to budget spending the number of children being taken into care has increased 17% since 2010.
The Guardian, Page: 31   Independent I, Page: 7