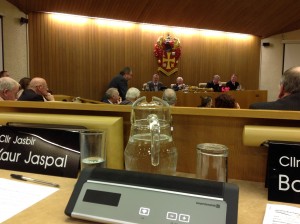 This Government is a vowed to shake things up! The LGIU have informed their members this morning that, George Osborne will today invite England’s big cities to join Manchester in bidding for devolved powers.

In his first speech of the new parliament, the chancellor will underline his personal commitment to the concept of city devolution, saying Greater Manchester will be entitled to elect its first mayor in 2017.

The powers on offer to new city-combined authorities with an elected mayor will cover transport, housing, planning policing and public health. Mr Osborne will make it clear that he will only give cities additional powers if they embrace his “radical new model of city government”.

The Guardian carries several letters on the subject of devolution, including from Paul Nicholson of Taxpayers Against Poverty. He highlights a recent report from the LGA, which calls on the new government to fully fund council tax support, acknowledging that the scheme costs the councils millions of pounds and has increased the cost of living for some of the poorest.

There is no doubt that this Government wants to reform both Parliament and Local Government during this next five years. That means for those of us that are in Local Government we are going to have to face big changes to how things are organised. The ‘blue print’ will be spelt out with this first big speech today by the Chancellor. Make no mistake this five year term of Government is going to have radical effect on Wolverhampton City Council and others!