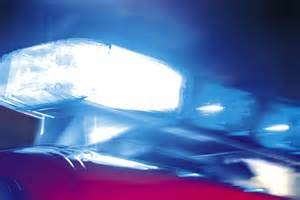 First can I say that it looks like the Travellers are now out of this part of Wednesfield. There is I think some issues that need to be addressed urgently. The first is the security of this site, the second a clean up of the space, removing the threats that are currently there. That means the removal of the cardboard, packing, soiled bed linen, newspaper, broken glass, gas bottles, metal, spent household goods, human waste, and not forgetting the old caravan left to rot.

Those are the number one priorities that need to be addressed tomorrow by the Environmental Health team.

At this juncture I want to thank members of our community who have already been over on the Open Space and instigated their own clean up, taking rubbish home with them and recycling other items with their own domestic waste. Firstly let me say you guys are real community stars!

Throughout this very traumatic 6 days of traveller incursion onto the Kitchen Lane Green Open Space, I have tried to ensure that you have had major information announcements every day, to keep you informed of what was taking place, with the City Council and the West Midlands Police. I also wanted to ensure you were aware that your three Councillor’s  Mary , Rita and I, were out there working on your behalf. Trying hard to ensure that the law was upheld, and the nuisance dealt with legally and without displays of anger.

I think we did that through my social media pages, and at the same time gave you (our community)  a forum in which you could ask questions and receive answers. I thought that this arrangement worked well, thus keeping the public and our community well informed of what was taking place on a daily basis.

The incursion didn’t last as long as the Travellers originally informed me that it would. That I am thankful for.

What is required now is a proper debate about the way in which the City Council and the Police acted around the current policy, and the laws that are in place. I am not happy about this as it stands now. I need a lot of convincing that the balance was right.

I have already asked West Midlands Police how many phone calls (101) were made following the traveller incursion on the ‘Green Open Space ‘at Kitchen lane Ashmore Park Wednesfield. I have asked already what were the crimes /asb issues that you the community was reporting to WMP.

I also asked what action the police had taken to deal with these issues.

I am looking forward to discussions around this request. We have I hope an opportunity to discuss the implications and the cost aligned with remedial actions. All of this though must take place without rancour and bad blood. I also want to continue to hear from residents and the community at large. I shall be using all your comments that you have made. All your experiences and thoughts that you put down on social media should  be scooped up and used.

I have with my colleagues Councillor Mary Bateman and Councillor Rita Potter done as much as we possibly can to keep the flow of communications going so that you were informed of all the issues. I do hope that you feel that this side of the operation was  successful?

Finally my Facebook pages are recording tonight that over the last six days a reach of 22,207. Plus my www.philbateman.com page records 5308 sessions have taken place through reading the information. IMG_6347 After the Travellers left the big clear uo 26uly2015